The Price of The Promise The Power of Network Marketing

When I started my business, a small article was forwarded to me that made a BIG difference in my business. After you read it I will tell you the real lessons I learned that led me to seven-figure success in network marketing=>

THE PRICE OF THE PROMISE: The Power Of Network Marketing

Mark Yarnell, a minister in a small town in Texas, was headed for bankruptcy and just about to lose his car and home. He looked for a way out and discovered network marketing. Luckily, he had a wise sponsor.

The sponsor gave Mark “THE PRICE OF PROMISE”.
“This business can set you free financially in one to three years.”
But he also gave him “THE PRICE”. “To succeed, you will have to face and conquer 4 major enemies.”

Mark began by inviting 200 friends over to his house to watch a video. 80 said “No, not interested”

He thought, “No problem. My sponsor warned me about that. I’ve got 120 people still coming over.” Guess what?

– He had just encountered ENEMY #2: Deception.

Mark thought, “No problem. My sponsor warned me about that. I’ve got 70 people who watched the tape.” Guess what? 57 said “Not Interested”.

– He had just encountered ENEMY #3: Apathy.

Undaunted, Mark thought, “No problem. 13 people signed up.” Guess what? 12 of them dropped out of the business shortly thereafter.

– He had just encountered ENEMY #4: Attrition.

Attrition had left Mark with just one serious associate. But that single distributor earns Mark over $50,000 per month.

Mark Yarnell’s story is NOT Unique!

You may have heard of Bill Britt, one of the most successful distributors in Amway. Some years ago, 20/20 did a feature story on Amway. They spent 19 minutes interviewing whiners and complainers – several distributors who had failed and showed the garages full of products they couldn’t sell. During the last minute of the show, Mr. Britt was interviewed in front of his palatial home.
He was asked, “Mr. Britt, this business has obviously worked for you. What’s your secret?”

Jason Boreyko, former co-founder of New Vision, told this story. When he was a distributor in Matol, he signed up 50 people. He heard a lot of “No’s” on the way to those 50. Jason took one man, who he knew would be terrific in the business to lunch, told him about the business and the man said “No.” Jason took the man to lunch again the next month and told him the updates.
Once again the man said, “No.” Jason sent him more information and took him to lunch again the next month. And again the man said, “No.” That went on for six months. The seventh month, something had changed for the man, and he said, “Yes.”
That man made Jason over one million dollars. Jason also worked through his numbers.

According to Richard Poe in Wave Three while starting Amway, Rich DeVos and Jay Van Andel, America’s eleventh richest people, recruited 500 people. 495 dropped out. The five that didn’t quit built Amway. All $7 billion of Amway’s business was built under those 5 people. Jay and Rich had to work through their numbers. There are many similar stories.

Jeff, the top money earner in Mannatech, signed up 27 people his first month. One might think that he is especially talented at sponsoring. Actually, Jeff will be the first to tell you that he is not talented at all. In fact, he feels that he did very poorly. To recruit those 27, Jeff talked to 2,000 people that first month. And of the 27, the only one who did anything significant with the business was Ray Gebauer, who has more than half of Mannatech in his downline.

Jeff’s word to you is that the numbers never lie. Pick your goal and then get into massive action. If you talk to enough people, you will make it!

Here’s the lesson: Your success is directly related to the degree to which you are willing to work to find others like yourself who are committed to succeed. Are you willing to find out what your own set of odds is? Remember that the numbers never fail you. Despite where you are in your skill level, your success is assured if you talk to enough people. And as your skill improves, so will your odds. I found this to be true myself. I was a formerly shy teacher in her 20’s with no network when I started my business…

Finding My Success Through Prospecting

I’ve probably talked to thousands of people since I started my business over 5 years ago. I’ve had over 150 people join me as business partners. Of those, I have about 30 people still working our business at a moderate pace. Of those, I have 10 top leaders in our pay plan at this time. Of those, about 3 people account for a good majority of my income. What happened to the rest? As a teacher, I pride myself on education, but I quickly realized you can’t motivate people who are unwilling to do what it takes to succeed. They need to want it for themselves more than you want it for them. I can’t take credit for people’s success or failure. I am only responsible to get them off to a great start. People will work at varying paces. Some people order product, some occasionally promote it, and some even enter into the “witness protection program”—they buy a kit and disappear! As you can see, there is power in working through the numbers. If you want to be successful in network marketing, you will never stop prospecting.

Is It A Numbers Game?

I’ve found the same stats and averages to be pretty similar industry wide, as it relates to how many you must personally talk to and sponsor before you strike gold. In fact, I was invited on stage at a big event in our industry called the Mastermind Event, along with several top income earners. We all represented different products, and our companies had different pay plans. Some of us had a few years experience in the profession, some had decades of experience. We were each asked how many people we’ve personally sponsored in our business, and of those how many account for 80% or more of our income. The results were very similar.

We had been in our business anywhere between 5-25+ years. We each sponsored anywhere between 50-150+ over time. Most of us had 80% of our income coming from anywhere between 1-3 legs, or leaders! I’ve seen this exercise done at many events in our profession since, and the results are pretty similar.

What does that mean? The major growth of your organization may be tied to just a few people too, but never know what your personal set off odds will be until after you succeed. You don’t know how many conversations you’ll have, or how many people will join you before you find your power partners, or leaders! So get ready to talk it up! The more people you share with, the better your odds of finding your power partners!

The Cure to What Ails You In Your Business

The cure to what ails you in your business is your personal activity. Don’t blame your team on your progress or pace. Take personal responsibility for your activity, and respect their effort and pace. Never stop recruiting new customers and business partners. Focus on daily activity to progress towards success. My rule for myself is “5 NEW contacts per day keeps leads coming my way. “ If I’m home, I’m making 5 calls to people on my contact list. If I’m out, I am handing out 5 business cards and having conversations with people I meet. I’m not done until I’ve made those connections, and continued to work through my numbers, which in turn, increases my odds for success.

What Are Your Odds?

Your success is directly related to the degree to which you are willing to work to find others like yourself who are committed to succeed. Would you be willing to hear many “no’s” to sign up 100+ people until you “strike gold”, and find 3 major producers like I did?

But here’s the catch: You have your own set of odds and you won’t know what they are until AFTER YOU’VE SUCCEEDED. So if you’ve gone through 50 or 100 people and you haven’t found 1 serious person yet, you can either give up and assume the business doesn’t work or recognize that you are working through your own numbers.

Are you willing to find out what your own set of odds is?

That means that you must pay the price for freedom. Remember that the numbers never fail you. Despite where you are in your skill level, your success is assured if you talk to enough people. And as your skill improves, so will your odds.

There is no such thing as luck in this industry. Winning big is a matter of being willing to pay the price. Are you? Your future is in your hands! The choices which you make today will determine the course of your entire future.

Demystifying the Big Build Part 1 ==> https://sarahrobbins.com/free-video/ <==Click on this link and enter your email to be sent a FREE 30 minute training video full of ideas, best practices, and fun stories on how I built BIG! Be sure to forward this link to your team too!

Demystifying the Big Build Part 2 ==> https://www2.gotomeeting.com/register/792787474 <==Click on this link to register for a live class on PART 2 of this training (which I am sharing for the FIRST TIME), which will be conducted LIVE and totally FREE! Make sure your team registers, as the capacity is almost full!

Like what you learned? Please click “like” on this page, “share” the two freebie links above,  and this article with your team on your fave social media sites! Sharing rocks, and so do you! Rock on Rock Stars! Sarah “Rockin” Robbins! XO © This material is the intellectual property of Sarah Robbins, Rockin Robbins Networking Team. If you choose to use this material, please share it directly from the site. If you “like” what we share, please give back by commenting, liking, or sharing with your team! 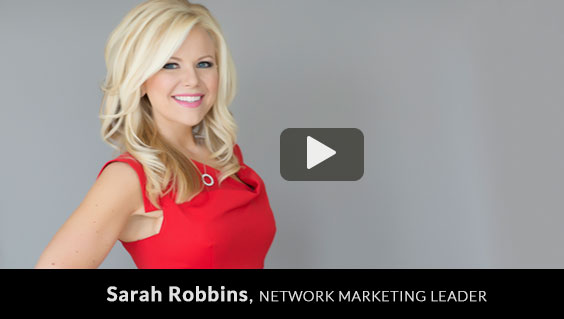 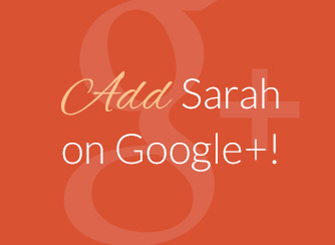 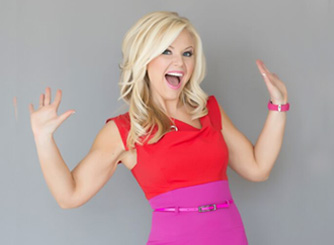